Ansarov helps a Marine with a portrait

Recently Legion Photo president, Aaron Ansarov, helped one of his friends and protegés Marine Sgt. Scott Schmidt to help with a portrait of a local Marine recruiter. Here is a brief description of the shoot and what was involved.
Recruiting future Marines is no day at the beach, or at least that’s what people tell me. I knew that I wanted to show the lengths Marine Corps recruiters go through to enlist the next generation in a unique way, but the idea was somewhat fuzzy. From shooting basic environmental portraits to placing a Marine in full uniform knee high in the Atlantic Ocean, it’s safe to say the concept has evolved.
You’re probably wondering what the big deal is anyway…”It’s just a Marine in the water,” you may be thinking – at least that’s what I was thinking at first.
This is the first in hopefully a progressively marketable treatment showing the flexibility and resilience of Marine recruiters. In conversations with my friend and mentor Aaron Ansarov, Semper Gumby came to mind. A Marine will go anywhere to find the next contract.
For me, this idea seemed unreachable. I had never really explored the use of flashes or lighting equipment. I always told myself I just preferred available light photography, but the reality was that when it came to lighting a subject, I was clueless. Working with Aaron, has helped me overcome this fear.
This shoot was my first real experience with mixing available and artificial lighting and having Aaron there guiding the shoot eased the stress of messing up. It meant I didn’t have a pissed off Marine standing in the water for hours too. To get the effect I wanted, we woke early and arrived at the beach about 10 minutes before sunrise. We immediately set up the light and the Marine walked knee high into the water. After about three or four shots, we got the exposure right so that the ambient light meshed with the Elinchrom Ranger RX system we were using. As I shot, Aaron would reposition the light to play off the ambient light, which continued to change as the sun got higher above the horizon. As I shot, I was conscience of the placement of the sun in relation to the subject, but got caught up in shooting only horizontals. Aaron continued to remind me to shoot verticals as well.
The shoot was a success and besides the beautiful images I captured, it washed away my fears of artificial light. What comes of the shoot, I don’t know, but from here it’s back to the story board to complete a series of recruiters “on the job” in various locations. There will be seriousness, humor and maybe some weird all to show that Marine recruiters are versatile and ruthless. 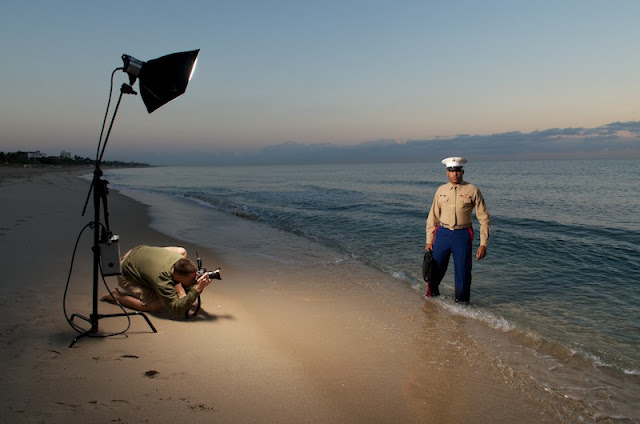 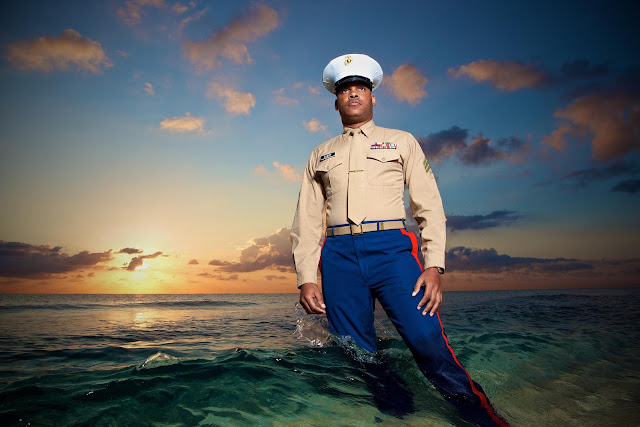 Tactically Posted by Aaron Ansarov at 16:20 No comments:

Founding member to speak at National Museum of the Air Force

Jeremy Lock is a super star in our community. Continually motivated, extremely talented and always giving. On November 27th, Jeremy will have the honor of speaking at the National Museum of the US Air Force.


Tactically Posted by Aaron Ansarov at 09:22 No comments:

A few days ago, I found myself yet again with the honor of being with and photographing one of our Nation's most elite Navy SEALs (name is not necessary) for an ongoing project I am working on. Afterwards we sat around and chatted about various things veterans do, where we were stationed, places we have been, etc.

During this chat the subject of SERE school came up and I had mentioned that I had been partnered with a group of other SEALs from team one and my Nav partner was one of them. Over the years we lost touch and I had even forgotten his last name. I had always wanted to check in with him and see how he was doing but didn't have much to go on. After sharing a few details from the school, it just so happened that this SEAL I was with happened to know exactly who I was talking about. It seems apparently this fellow SEALs name was Eric Shellenberger and that they were best friends.

I immediately recognized the last name and was very excited to finally make the connection again after over 10 years. But unfortunately when I asked how he was doing, I was then informed that Eric had passed away over three years ago. It hit me hard and I couldn't help but break down. I had thought of Eric many times over the years. In the short time I knew him I enjoyed being around him. He had an amazing personality and was immediately someone I put trust in and would do whatever I could not to let him down.

During my time through SERE I was given the privilege of being the only one I know to be allowed to carry a camera through the survival phase of the school. During this time I took a number of photos of Eric and now have a place to send them, his family.

I want to thank this SEAL for everything he did and for giving me a memorial coin in honor of Eric. I will cherish this and remember him always.

I hope everyone enjoyed this Veteran's Day holiday, but most importantly they take a moment to remember those that have given their life in the service of this great country.

God bless you Eric. I will never forget.
AA 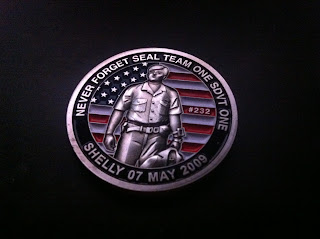 Tactically Posted by Aaron Ansarov at 00:08 No comments:

When founding member of Legion Photo, Jeremy Lock found out of a colleague being diagnosed with breast cancer, the best way he could give back would be in using his talents to help share her story. The result is an amazing multimedia piece that has now been featured on The Washington Post. 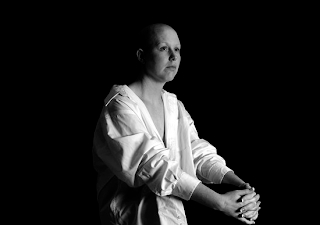 
Be sure to check it out and leave a comment.


Tactically Posted by Aaron Ansarov at 10:00 No comments:

How cool is this? A bullet proof iPhone shield
It might be a little overboard in protection, but every little bit counts, right?

Tactically Posted by Aaron Ansarov at 08:18 No comments:

Less than three months ago the supreme court threw out the original act on the basis that it was against freedom of speech. This new version keeps it to the basis of a person seeking benefits.

This is a great step in honoring our fellow servicemen without letting punk asshole fakers in the back.
But also notice that the vote was not unanimous. I wonder which three voted against this.

Check out the article on Military.com now

Jeremy Lock has got to be one of the military's best photographers ever. He is continually reinventing and re-imagining new limits to his work and style. Recently he was assigned by Airman magazine to document Air Force week in New York City. What did he come up with? 101 faces.

Check it out here.


You can also see the images on Airman's

When stationed in San Diego, California, Sepctember 11, 2001 began as any other work day. Wake up, take kid to day car and head to base. But for some reason I decided to turn the TV on. That was when we saw the footage of that unforgettable attack. Our lives would be changed forever and can only be related to that of the attack on Pearl Harbor.

I was scheduled to fly to DC on September 12th. Of course that didn't happen, but my initial response was how do I get there. Like most people we were locked, unable to go too far. For my best friends,  who were stationed at All Hands magazine, it was a different story. One friend was one of the first to photograph the destruction at the pentagon while others raced to ground zero.

The experience, torment, horror and misery will eventually fade as we get older and move on. But the images they captured there will live in history forever. It is truly up to us to remember these images and keep them near to us, bringing them out every year and taking a moment to think of what and how it happened. And hopefully we never repeat this again.

Be diligent, be caring, be American. 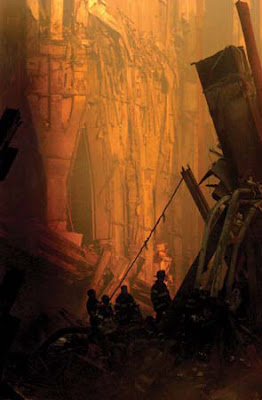 
AA
Tactically Posted by Aaron Ansarov at 14:38 No comments:

Is the US numbed to troop deaths?

As the anniversary of 9/11 approaches, I wanted to post this article.

What are your thoughts?
Tactically Posted by Aaron Ansarov at 13:29 No comments:

One of Aaron Ansarov's many personal projects is his 1to1 fine art photo series. This is part of a series  project (titled, 1to1; Up close and very personal) is based on the premise that we generally keep people at a distance from a 3 foot bubble, but the beauty is always in the details.

He recently took advantage while teaching a workshop in Virginia to use a few veterans as his subjects.  Each face is a montage of over 150 images taken at 3 inches away. These full frame images are then manually placed together to make a final piece larger than life.

We hope you share this with others and tell us what you think. 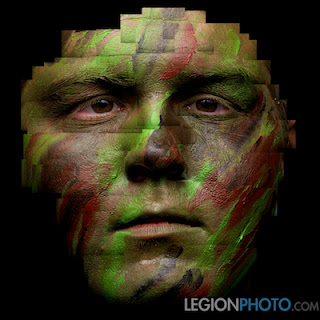 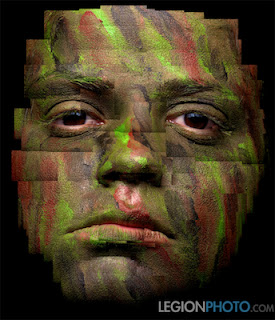 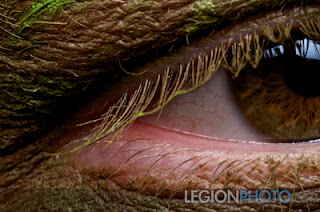 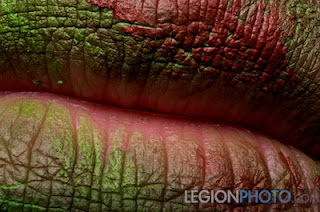 Legion Photo is a photo agency of the top military vet photographers of this generation. Providing professional photography services for multiple global outlets in government and private security and military industries.

For more information and to learn more about Legion Photo, please check out our website at www.legionphoto.com

Also be sure to like our page at fb.com/LegionPhoto

Tactically Posted by Aaron Ansarov at 18:48 No comments: